Kerala - Proving that its STILL God's own country 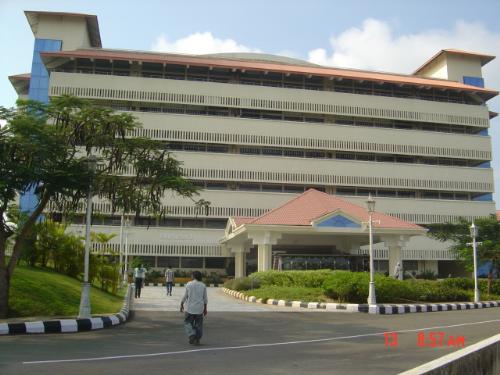 Kerala has been awarded number one state based on the ranking in
various socio economic factors. As usual the anti kerala/mallu elements ridiculed the report. The crusaders who blogged their way to fame by abusing kerala and mallus couldn’t digest the Stats given in the survey which is done by Price Water Coopers. There is no doubt that Kerala is lagging behind other states in attracting investment and has a lot of scope for improvement. However, in spite of limited funds available to the government of kerala, they managed to achieve a better rating compared to the other states which has got huge foreign Investments.

Take the example of Infrastructure. People must be wondering how Kerala
got a better rating compared to Karnataka and Tamilnadu which boasts
of Express highways, Flyovers and huge buildings. People who criticize
this survey should understand the variables which are used for ranking. Its not the number of flyovers, but its the connectivity of roads to villages, number of beds/ 1000, schools, telephone density etc which were taken in to consideration. Infrastructure development should not confine only to cities, the benefit should reach to common people through out the state.

It is evident that the money flowing in to the big states are not passed on to the lower sections. Rich will become richer and poor will remain poor and will be deprived of basic amenities. Kerala is criticized for spending money equally in cities, towns and villages when others invested heavily on the cities forgetting masses in small towns and villages. Socialism may be a unrealistic dream for many here, however kerala at least tried to become a socialist state by not forgetting the lower sections and people who live in far off towns and villages. People who are blinded by the wide roads and flyovers in the major cities need to take some time off to visit places outside the city. Karnataka is not just Bangalore and TamilNadu is not just chennai. There are human beings living in other parts as well and they do have the right to have proper roads, schools, hospitals and other basic amenities.

To set up industries in kerala is not easy compared to other big states. It is not because mallus are rude. It is because of various other reasons. Industries, especially manufacturing units will find it hard to find space to set up big factories as kerala is heavily populated. Moreover industries will be forced to follow stringent measures to control pollusion and emission. They are well aware that people and environmentalists react to anything which disturbs the living condition as this will affect the tourism industry of the state badly. Is it wrong to keep our house clean?. The industries will prefer other states to kerala because they get cheap labour (from the so called 'developed states'!!), and this kind of interventions seldom arise. They don’t have to confront people as they seldom has the courage to raise their voices(thanks to poverty and illiteracy). Even if something comes up the companies use their money and muscle power to suppress it. They can easily bypass emission norms in other states (thanks to the corrupt officials).

Typical example is coca cola factory issue. People revolted because the company contaminated the drinking water of an entire panchayath. Can anyone who has at least bit of humanity left in their heart can say they did something wrong. People who sit inside air conditioned offices and blog against the decision taken by the government will never realize the harsh reality. Common man’s drinking water has more importance in kerala than an MNC.

I am not trying to glorify Kerala here; we have a lot of things to improve. Unemployment is the biggest worry. We need to look at the Service Sector as it will not have the bad effects which the manufacturing sector has. I could sense positive signals from the state. Technopark and Vizhinjam project are examples of it. Crusaders hardly comment on it, as their eyes are closed firmly. I have no idea what kind of satisfaction these people get by saying, ‘mallus are hypcrites’, ‘dogs own country’,‘inflated mallu ego’, ‘are mallus generally rude’ (The funniest by far - A Non resident Mallu who visited kerala and thought mallus inside kerala are rude just coz none of the taxi drivers or waiters called him ‘Sir’!!!). The kind of image mallus generate in such blogs will definitely affect the overall image of the state. I am sure even after the implementation of the projects in pipeline, the 'reformers' will not stop as mallu bashing is fashion now.


Dedicated to all those who hate mallus. Special thanks to Laiju
Posted by Ajith at 11:44 AM

Agreed.Kerala is a state with a high density of population and aware of one's rights(lets leave duties aside).So an industry finds it difficult to set shop in Kerala.

And this has created a vicious cycle of even IT companies not investing because of the not-so-investment-friendly image already created.More companies need to come in for even more to open shops in Kerala.

I am sure things are changing, will change for good. :)

On the Plachimada agitation:As Kerala Tips dot org puts it, most of the environmental agitations are funded by anti Kerala forces who try to gain some (media)mileage.
If in Plachimada, Coca Cola was drying up the ground water, there are a lot of breweries in Kerala (UB and all) that drain even more.

"In Plachimada, Kerala, Coca-Cola extracted 1.5 million liters of deep well water, which they bottled and sold under the names Dasani and BonAqua. The groundwater was severely depleted, affecting thousands of communities with water shortages and destroying agricultural activity. As a result, the remaining water became contaminated with high chloride and bacteria levels, leading to scabs, eye problems, and stomach aches in the local population."

There is no doubt that the above given information is a FACT. People who think its not can go to plachimada and see it themselves. Is there anything important than drinking water? Will anyone in this blog world sit quietly if this happen to one of your family members. It is easy to say things from A/C offices sipping coffee.

Hey..
Passing thru and could not fail to comment on this issue.
Kerala with all its fault will be the accordingly to me "The best place for indiansnto live in"...
whether it be the health care or the cost of living.. it is viable for any any middle class person...
and the beauty of the place is something else.....

@Ajit - You are not the only one who believe that Kerala is god's own country.

Hey.. it was pleasant reading a youngster's account of Kerala..

I am also a proud mallu from the older generation but then I do blv in God :)..

Kerala is special and we who are forced to be away, still remain locked in Kerala in spirit... and for most men folks it is also the "spirit" that beckons them eveyday :)


Akkarakazchakal is one serial that we look forward to.. but unfortunately the last one was a repeat. Hope the economic turmoil has not affected this serial too!

The post was about my views on god:) not to offend anyone or to spread atheism.

Kerala is something which is close to our hearts, its the beauty of the place and its culture and diversity which keeps the 'spirit' alive even though we are spread all across the globe.

Akkarekazchakal reminds me of the old malayalam movies in 80s -90s. This serial is far better than today's stupid masala movies. Kudos to the team. Hope all their jobs are intact :).

Ajith
A lonely soul trapped inside the four walls of a corporate building in Bangalore aka Bengaluru, suffocated by the lack of life around and desperate to go back to 'Gods Own Country', but fully aware that there is not even a remote chance of that till my 58th Birthday (If I live till that day.)